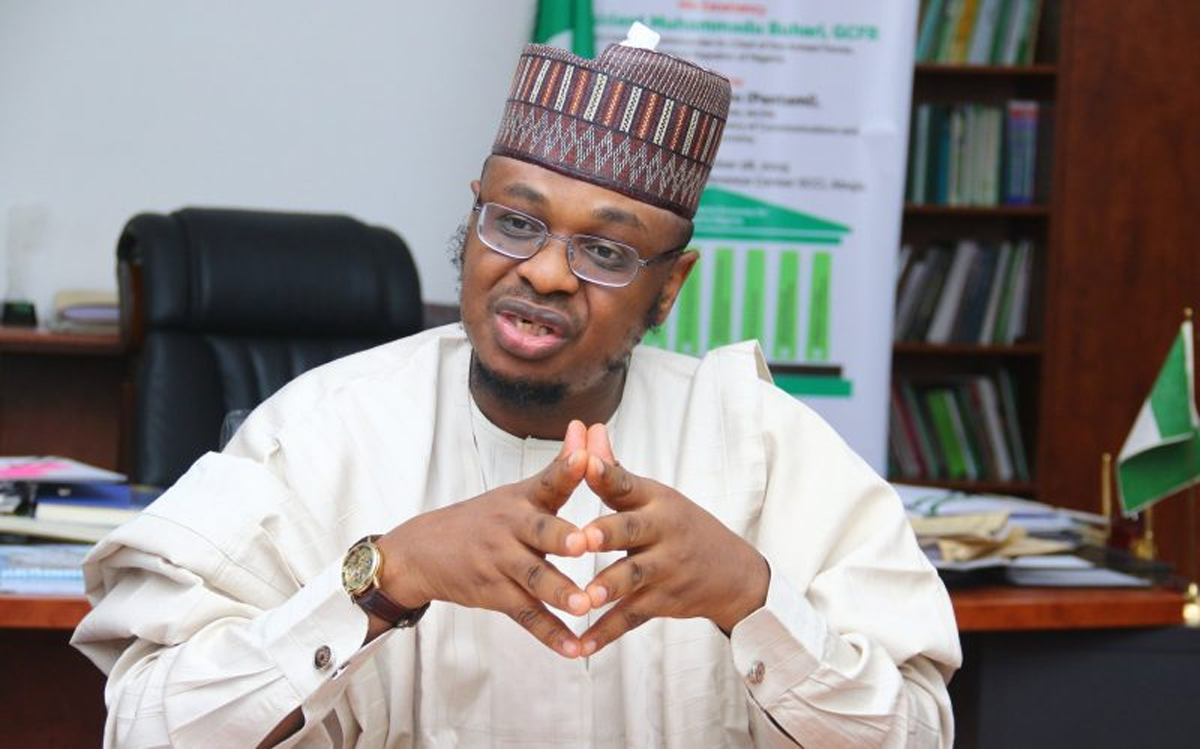 The Minister of Communication and Digital Economy, Professor Isa Pantami, has explained that although Kidnappers and terrorists still negotiate for ransom using phone calls, significant gains have been recorded since the linking of sim cards with the National Indentation Number, NIN began.

The Minister who made the explanation in Umuahia, Abia State, during the World National Identify Day celebration, said that since the exercise commenced, there had been a notable drop in the number of calls by fraudsters to unsuspecting phone users.

He said that people should not expect innovation to wipe out evil overnight, arguing that it is a gradual process.

His words:”The issue of Kidnappers’ calls has actually reduced with respect to ransom by phones. The sanitation of the existing system cannot be done overnight. It’s an ongoing process.

” Those 419 calls we normally get most of the time have actually reduced because most of the numbers now are attached to the NIN.

” It needs a little bit more time before the entire system will be completely sanitised. But a tremendous impact has been made so far.

” At least for the first time, most people are scared of doing certain things with their phone numbers – making malicious calls.”

Professor Pantami who was represented by the Director of Research and Development at the National Information Technology Development Agency, Dr Collins Agu, regretted that the public outcry that greeted the blocking of unregistered sim cards slowed down efforts toward sanitising the telecom system.

” Recall that when the Minister came and blocked a lot of numbers, there was an outcry by the telecoms, and he relaxed a bit on humanitarian grounds.

” That is also slowing down the whole process because if he had gone the hardliner way, more would have criticized him. It’s a gradual process but some progress has been made.”

The Minister said that he had brought a lot of innovation in the Information Technology ICT, sector of the country.

“When Professor Pantami came on board the enrollment at NIMC (National Identify Management Commission) tripled. For the first time in the history of Nigeria, ICT contributed 18.7% of our Gross Domestic Product, GDP.”

He further explained why he removed NIMC from the office of the Secretary to the Government of the Federation, SGF, saying it was to enhance its productivity.

” He was able to get NIMC out of the office of the SGF because you can’t have a digital economy without a robust ID system. ID creates trust, traceability and transparency”.

He commended Abia State for keying into the NIMC eco-system and promised the assistance of the federal government to the state in achieving the aims of the digital economy.

” Abia took the lead on NIMC eco-system adoption so much so that they even created a special unit on NIMC matters. Abia has strong activities going on at NIMC.

Earlier in her address, Special Adviser to the Governor on NIMC, Digital Economy, Ecosystem and other related Matters, Princess Chidinma-Apugo Osoagbaka, said that Abia had recorded tremendous progress on the NIMC eco-system.

According to her, Abia is the first state to create the office of Special Adviser on NIMC, Digital Economy and Eco-system.

She noted that the world’s economy is being driven by the power of digitalisation, assuring the preparedness of her office to actualise the intention of the Government toward a digital economy.

Princess Osoagbaka disclosed that over 80 million Nigerians had been enrolled in the ongoing NIN registration.

She said her aim was to enrol all Abians on NIMC before the end of Ikpeazu’s administration and urged Abians who had not enrolled to do so without delay.

In his remark, Gov. Okezie Ikpeazu represented by his Deputy, Sir Ude Oko Chukwu, said the benefits of NIN registration were enormous and urged Abians to get enrolled.