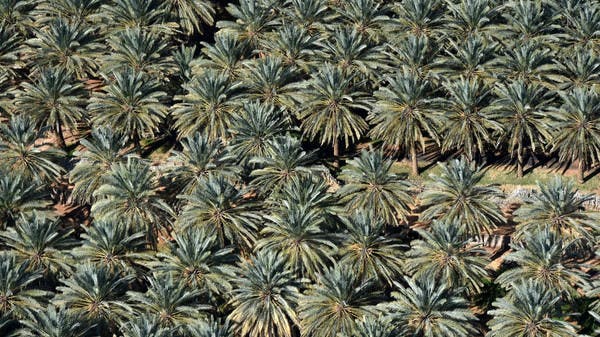 An aerial view of palm trees in the Ula desert near the northwestern Saudi town of al-Ula. (File photo: AFP)

“Cutting down trees, shrubs, herbs, or plants [and] uprooting, moving, stripping them of their bark, leaves or any part, or moving their soil,” will result in severe penalties as stated in the Kingdom’s environmental laws, the prosecution said on Twitter.

The announcement comes as part of Saudi Arabia’s Vision 2030 plan to achieve environmental sustainability by the end of the coming decade.

Last month, the Kingdom’s environment minister Abdulrahman al-Fadley announced the launch of a new green campaign to plant 10 million trees by the end of April 2021 to help reduce desertification.

The head of the Kingdom’s Ministry of Environment, Water, and Agriculture announced the start of the campaign called “Let’s Make it Green” on Twitter, which will run until August 30, 2021. 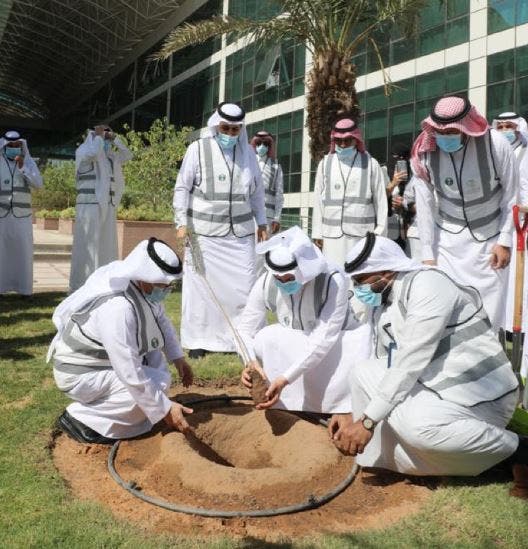 Volunteers from the Kingdom’s Ministry of Environment, Water, and Agriculture planting a tree. (Twitter)

“We will seek to safeguard our environment by increasing the efficiency of waste management, establishing comprehensive recycling projects, reducing all types of pollution and fighting desertification,” the Kingdom’s Vision 2030 reform plan states.

THE CASE AGAINST SEX EDUCATION