If You Find it Difficult in Doing Your Responsibilities, Recite This Name of Allah Every day 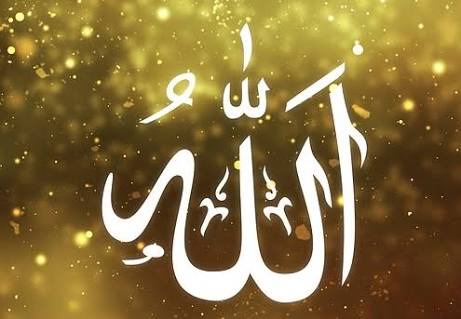 One who recites this name will not fall into inadvertency.

One who is qayyim is a master and organizer of affairs. The day of qiyama is the Day when everyone will stand before Allah, Lord of the Worlds, for judgment. Al- Qayyum is never created, Who manages all affairs.

Al-Qayyum exists absolutely on His own, not through others, while every being exists through Him and because of Him. Nothing, no life whatever, can ever be sustained without Him.

Al-Qayyum is the Ever-Lasting, the Eternal Who never suffers extinction. He effects justice and equity, Who is self- Sustaining, Who never sleeps.

Lord! To You have I submitted; in You have I believed; upon You have I relied; to You is my return; for Your sake do I dispute; Your judgment do I seek; so, I implore You to forgive my sins, the ones I have committed and the ones I may commit in the future, what I have concealed and what I have declared, for You are the One Who advances and Who postpones; there is no god but You, and there is no strength nor might except in Allah.“

According to another tradition, he has invoked His Maker saying, “O Hayy! O Qayyum! We solicit Your help by Your mercy! Lord! I invoke You to mend my affairs, all of them, and not to permit me to rely on my own self even for a twinkling of the eye, nor for a shorter time, nor on anyone from among Your creation.“

Imam `Ali has said, “During the Battle of Badr, I participated in the battle for some time, then I came to the Messenger of Allah to see what he was doing, and I found him making sajdah while repeating, `O Hayy! O Qayyum!‘ So I went back to the battle-field, then I came back to him and I saw that he was still repeating the same words. I kept going there and coming back to him, and he was still doing exactly the same thing till Allah granted us victory.“

Abdullah ibn `Abbas is quoted as saying that the Greatest of all Attributes of Allah is al-Hayy al- Qayyum. Anyone who truly realizes that He, Glory to Him, is the Qa‘im, Qayyim, Qiyam and Qayyum will never detach his heart from loving the Creator.

Al-Qayyum connotes His independence and the dependence of all others on Him, that He does not need anyone while everyone is in need of Him.

Allah, Glory to Him, is the Only al-Hayy al-Qayyum: He exists on His own, whereas everything that exists depends on Him to continue existing. So rely on al-Qayyum besides Whom you need no other supporter, nor is there anyone else besides Him who can sustain you, nor can anyone else teach you whatever you need to know.

The Islamisation of democracy and the Christianisation of politics in Nigeria

Two Prophets in Islam Who Died in Sujood