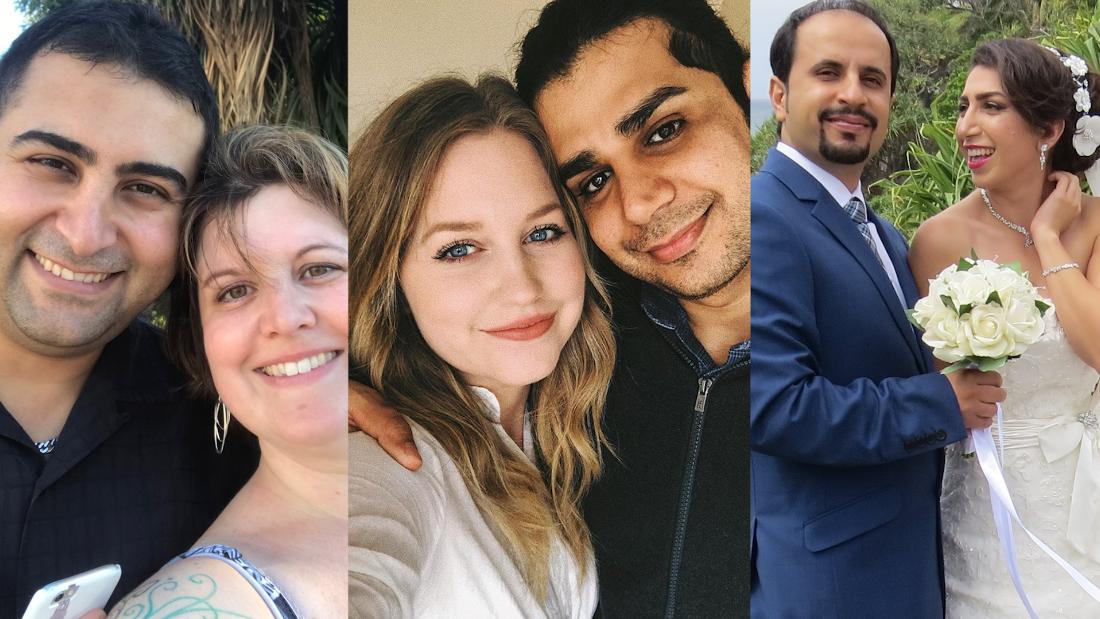 Editor’s Note: (Nadine Jolie Courtney is the author of the novel “All-American Muslim Girl.” Her writing has appeared in Angeleno, O: The Oprah Magazine, Architectural Digest, Town & Country and elsewhere. The views expressed here are hers. Read more opinion on CNN. )

On January 27th, 2017, after President Donald Trump issued an executive order banning entry to the US by citizens of seven Muslim-majority countries (and indefinitely halting refugees from Syria), thousands of protesters stormed John F. Kennedy airport in New York City, and other airports around the country, proclaiming their solidarity with Muslims. Countless more, I among them, watched on television as the events unfolded. 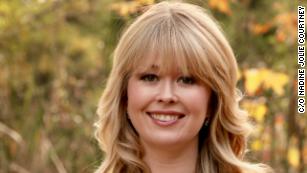 It was a watershed moment for American Muslims like me, who had grown up believing that people would judge us for our religion. The sky was blue, water was wet, and other Americans looked down on Islam. These were facts we internalized. It’s why for most of my life, I’ve lived as a white-passing, mixed-raced Muslim: green eyes, blonde hair, fair skin. Despite my father’s Middle Eastern and Asian ancestry, I look a lot like my white, Catholic-born mother: the basic girl-next-door.

But for me, the day Trump instituted the travel ban and Americans from all walks of life fought back against it was doubly profound: it’s the day I stopped hiding. It’s the day I re-opened the word document on my computer and started writing the personal story I’d been too afraid to explore for 10 years. It’s the day I officially began writing my novel “All-American Muslim Girl” — about Islamophobia, white privilege, identity and erasure.

Because of my appearance, the Islamophobia I’ve experienced over the years is very different from that of my Muslim cousins, aunts and friends. People don’t stare at me at the grocery store or make comments about my appearance or lack of hijab while I’m working out. I don’t get told in parking lots to “go back where I came from.” I’ve never had somebody yell “Allahu akbar!” at me in the hallway at school. All of these things have happened to people I love. Unlike them, I almost never feel in danger because of my religion.

Instead, I’m subject to microaggressions: people’s jaws dropping when they find out I’m Muslim. Incredulous comments like, “You? But you look so American!” — as if Muslims can’t be Americans, too. People staring at me quizzically, asking of my heritage, “So, like…what are you?” And, of course, the endless questions about whether I pray, whether I drink, whether I eat bacon, whether I support various international policies — as if they’re trying to figure out whether they can trust me.Marrying a Syrian means breaking up with America

It’s not just the comments. When I was in elementary school, in the thick of years spent keeping my family’s religion silent — a privilege obviously afforded to us by virtue of pale skin, stemming from my father’s Circassian heritage — my best friend’s family didn’t know we were Muslims. Soon after my friend’s mother found out, my friend sheepishly told me I was no longer able to come over to her house. But why? I hadn’t done anything wrong: had never been impolite, had never broken anything or raised my voice. My friend shrugged, unable to provide an answer. Her mom just didn’t feel comfortable having me over any longer.

Years of hiding has produced a tension between the two sides of myself: the side who “came out” after the Muslim ban and started enthusiastically, publicly claiming my “Muslimness”…and the side that had built a life where people were completely unaware of my religion, my heritage, and family, and the fact that, yes, I do actually pray every day. Yes, in Arabic.

When those people — the ones who I work with, who I regularly but casually chat with in the world — find out about the title of my book, I typically dread the reaction. It’s always the same:

Before writing the book, my father’s words would always ring in my ears: “People will treat you differently if they know you’re Muslim…”The 500-year battle over ‘who is American’ continues

But I wanted people to know I was a Muslim. I’m proud of my heritage, and I feel honored to practice such a beautiful — if wildly misunderstood — religion.

My novel debunks myths about Islam by gently educating people — through the eyes of a young white-passing 16-year-old who is exploring her family’s religion herself for the first time — but it was important to me not to “justify” the religion for Western eyes.

Ironically, after I started publicly identifying as Muslim, I was especially nervous about the reaction of the Muslim community. After all, I don’t wear a hijab, I’ve enjoyed many a bottle of Cabernet in my time, I rarely attend mosque and my mother-in-law is even an Episcopalian nun. (That’s a different story for another time.) Forget my appearance: my lifestyle disqualified me from being seen as a good Muslim.

But then I realized I was falling into my own trap: the idea that Muslims are a monolith, and the idea that it’s okay for anybody to believe that because you’re a Muslim, you can only be one way.

There is no such thing as One Muslim. We are the world’s second-largest religion, and that includes Muslims of every nationality, skin color, ethnicity, lifestyle and background — yes, even basic American girls.

The worry that you’re not “good enough” is a pervasive one, and as I’ve formed bonds with Muslim sisters outside of my family, I’ve realized I’m not the only one who struggles with feeling caught between two worlds or who desperately wants to be accepted for who she is. Luckily, the support from the Muslim community for my book — and for me — has been heartening and wonderfully overwhelming.

So, yes, I’m an all-American Muslim Girl. I know the lyrics to every Pearl Jam song, and I pray multiple times a day. I choose not to wear hijab, and I choose to eat as much of my Amto’s koosa as I can fit into my stomach when I’m home visiting family. Like my Muslim sisters, I am complex, and I am empowered and I adore my religion.

I am enough, exactly as I am. My Father Was A Pastor Before He Died, I Faced A Lot Of Criticisms After Converting Into Islam – Lady Russia’s war in Ukraine rages on: Here are 6 ways the conflict could play out