Boko Haram has transmuted to bandits, kidnappers – Sultan of Sokoto 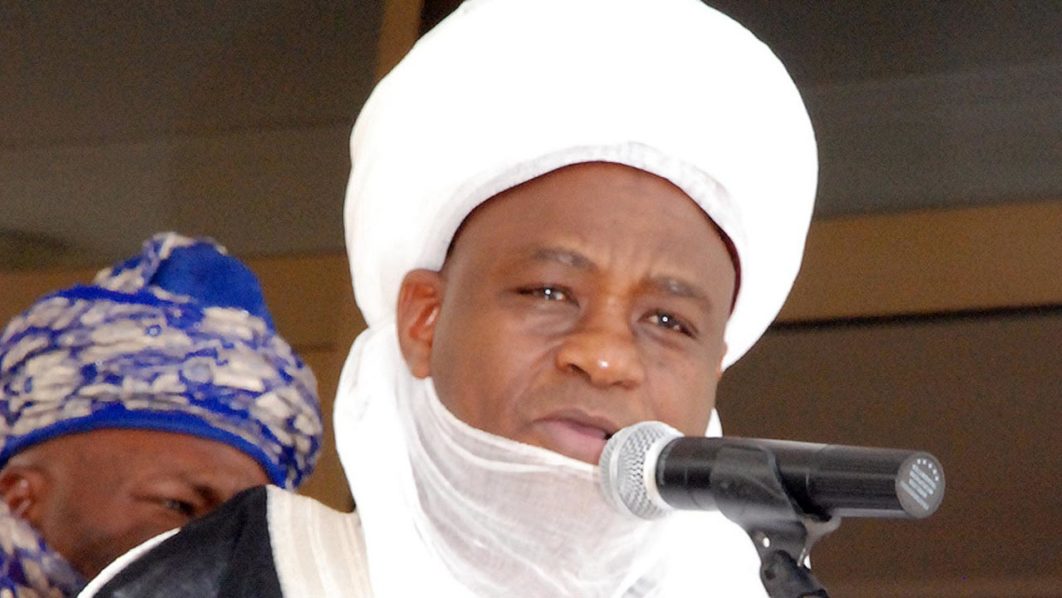 The Sultan of Sokoto and President-General of Jama’atu Nasril Islam (JNI), Alhaji Muhammad Sa’ad Abubakar 111, has said Boko Haram insurgents have eventually transmuted themselves into armed bandits and kidnappers, with the aim of overrunning the country under their unholy agenda.

He, however, charged the Federal Government to live to its responsibility of securing the lives of all Nigerians from the new wave of attacks.

A statement by the JNI Secretary General, Dr. Khalid Abubakar Aliyu, yesterday, said: “The Sultan of Sokoto is in utter disbelief and astonishment that students could be abducted from school, despite the not too long ago Kankara episode, just a few days after the kidnap of passengers on board the Niger State Transport Authority (NSTA) bus in the same Niger State.

“This is absolutely incredible, despicable and condemnable. Ordinarily, the school abduction should have been averted if there were adequate security surveillance and alertness around our boarding schools. These unfortunate trends are becoming the new normal.

“Worst still, Kagara town and by extension Niger State, has become infamous, given the serial attacks by bandits and other criminals in recent past.”

He said the government must realise that decisiveness and boldness should be brought to bear in tackling this menace, urging the newly appointed service chiefs to see the kidnap and abduction in Niger State as a wakeup call and a litmus test.

He added: “The government seems not to have learnt adequate lessons from the Chibok, Dapchi and Kankara debacles. Unfortunately, these hapless situations appear to have escaped our memories. What perplexes us in recent years of these kidnappings and abductions is that criminals brazenly act unchallenged.

“What could be the factors and why are there no information from government quarters relating to efforts made in the rescue process, so as to assuage the anxieties of parents and guardians of the affected victims?

“Let it be known to all discerning minds that with the ongoing offensive onslaught against Boko Haram insurgency in the Northwest region by the security, other regions must remain very alert against infiltration.

“Make no mistake, the abduction is a classic example of the philosophical foundation of Boko Haram- that western education is forbidden. That’s why their targets are always on boarding schools, especially science schools, considered atheistic in pedagogy.”

He added: “Government should begin outlining its priorities on the security challenges bedevilling the country and frontally rise against the surge of insecurity, through proactive measures and nipping in the bud before it degenerates further.

“Nigerian citizens are all implored to see this insecurity challenge as a national disaster that needs our respective, patriotic and collective support by way of divulging relevant intelligence to those concerned on any suspicious activities in or around our domains, so as to finally bring an end to this scourge.

“In the same vein, the government should, as a matter of national emergency, secure all forests in Nigeria by engaging willing Nigerians under whatever nomenclature to help clear off the forest reserves from the undesirable elements, while maintaining our natural environment and eco-system.”

The Sultan commiserated with families of the killed student of Government Science College in Kagara and prayed for a safe reunion of all victims of the kidnapping and abductions to their respective families and pray for Allah’s continuous guidance and strength to all those on the battlefields against all forms of lawlessness and brigandage in Nigeria.

“Likewise, we condole with the people and government of Niger State and all other ravaged states.

Government must nevertheless, do everything possible to enhance and secure the territorial integrity of Nigeria from criminalities and spare no effort(s) to immediately return all the kidnapped passengers and abducted staff and students unscathed.”

“Conclusively, Allah has indeed promised to ease our affairs, after hardship. We must, therefore, seek His intervention in ending these repeated cataclysms on our country, while we also make amends in our dealings and interactions.”