The Holy Prophet Muhammad (SAW) was a great leader and founder of the Islamic religion. During his lifetime, he portrayed an outstanding character which made him popular all over the world. He was a noble and a pious man who practiced nothing but the righteous way of leaving. This made some scholars made there views about the Holy Prophet Muhammad (SAW). Here are their views.

Mahatma Gandhi said “I wanted to know the best of the life of one who holds today an undisputed sway over the hearts of millions of mankind… I became more than ever convinced that it was not the sword that won a place for Islam in those days in the scheme of life. It was the rigid simplicity, the utter self-effacement of the Prophet the scrupulous regard for pledges, his intense devotion to his friends and followers, his intrepidity, his fearlessness, his absolute trust in God and in his own mission. These and not the sword carried everything before them and surmounted every obstacle. When I closed the second volume (of the Prophet’s blography), 1 was sorry there was not more for me to read of that great life.” 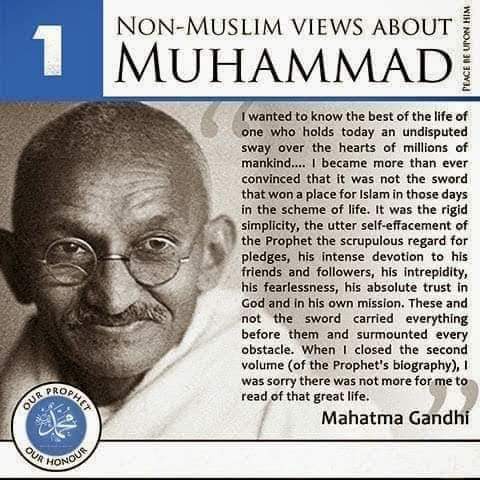 Sir George Bernard Shaw said “I have always held the religion of Muhammad in high estimation because of its wonderful vitality. It is the only religion which appears to me to possess that assimilating capacity to the changing phase of existence which can make itself appeal to every age. I have studied him. the wonderful man and in my opinion for from being an anti Christ, he must be called the Savior of Humanity.” 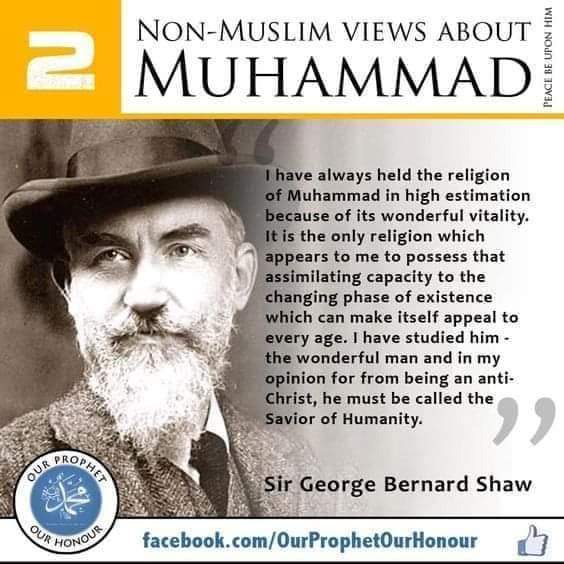 Thomas Carlyle said “The lies (Western slander) which well-meaning zeal has heaped round this man (Muhammad) are disgraceful to ourselves only.” 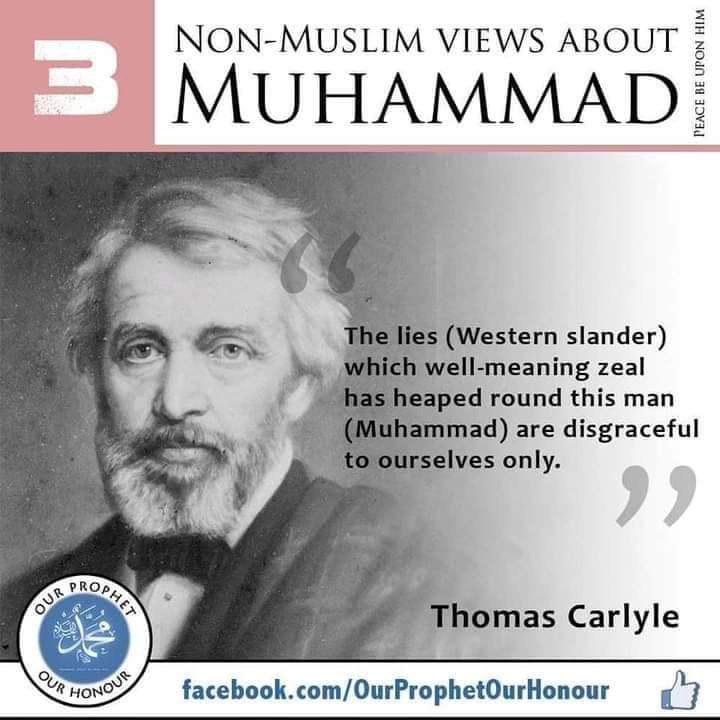 W. Watt said “His readiness to undergo persecution for his beliefs, the high moral character of the men who believed in him and looked up to him as a leader, and the greatness of his ultimate achievement – all argue his fundamental integrity. To suppose Muhammad an Impostor raises more problems that it solves. Moreover, none of the great figures of history is so poorly appreciated in the West as Muhammad… Thus, not merely must we credit Muhammad with essential honesty and integrity of purpose, if we are to understand him at all; if we are to correct the errors we have inherited from the past, we must not forget the conclusive proof is a much stricter requirement than a show of plausibility, and in a matter such as this only to be attained with difficulty.” 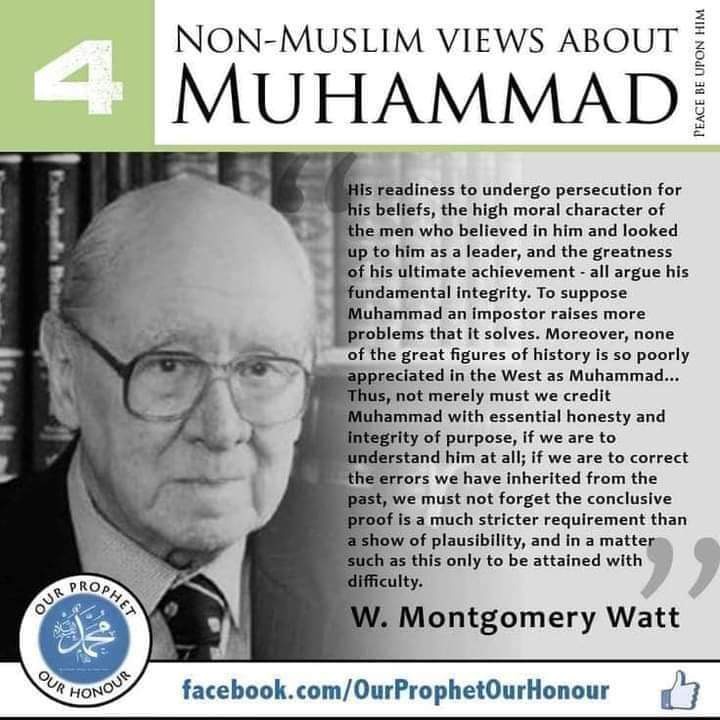 Dr. William Draper said “Four years after the death of Justinian, A.D. 569, was born in Mecca, in Arabia, the man who, of all men, has exercised the greatest influence upon the human race… To be the religious head of many empires, to guide the daily life of one-third of the human race, may perhaps justify the title of a Messenger of God.” 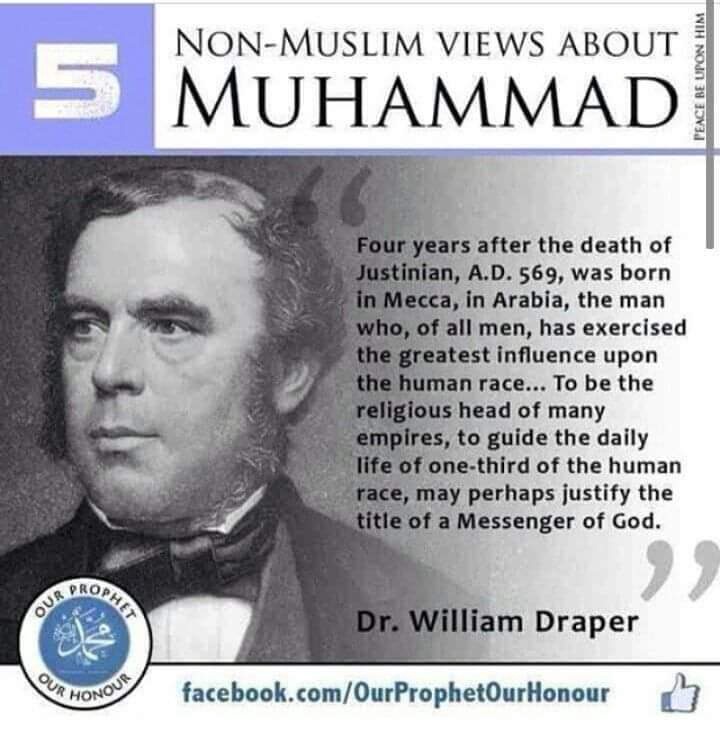 These are great scholars who said wonderful things about the holy Prophet MUHAMMAD SAW, May Allah in his ultimate mercy Grant us the ability to practice his way of life and grant us access to Aljannatul Firdaus. Jumaat kareem fellow brothers and sisters!

Please do share with family and friends, the act of sharing knowledge is sadaqatul Jaariyah and it is rewarding by Allah. May we receive all the blessings associated with it. AMIN

Content created and supplied by Ibram94. via Opera News Duas and Surahs to be Read in the Night Prayer